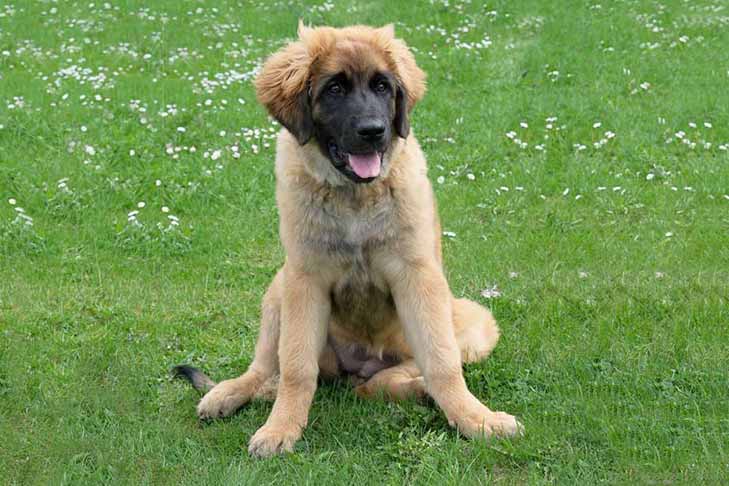 In the 1830s, Heinrich Essig, a dog breeder and seller and mayor of the town of Leonberg near Stuttgart in Baden-Württemberg, Germany, claimed to have created the Leonberger by crossing a female Landseer Newfoundland with a "barry" male from the Great St. Bernard Hospice and Monastery (which would later create the Saint Bernard breed). Later, according to Essig, a Pyrenean Mountain Dog was added, resulting in very large dogs with the long, white coats that were the fashion for the time, and pleasant temperament. The first dogs registered as Leonbergers were born in 1846 and had many of the prized qualities of the breeds from which they were derived. The popular legend is that it was bred to resemble the coat-of-arms animal of Leonberg, the lion. The Leonberger dog became popular with several European royal households, including Napoleon II, Empress Elisabeth of Austria, the Prince of Wales Otto Von Bismarck, Emperor Napoleon III, and Umberto I of Italy. Essig's claim of breeding the dog as described is disputed. Records from as early as 1585 may indicate the existence of Leonberger-type dogs; documents dating from 1601 held by the Metternich family describe similar dogs used to deter the theft of livestock. Either way, no doubt exists that Essig named and registered the breed first. A black-and-white engraving of the Leonberger was included in The Illustrated Book of the Dog by Vero Shaw in 1881. At the time, Essig's Leonbergers were denounced as an indifferent knockoff of a St. Bernard—not a stable and recognized breed—and a product of a popular fad or fashion for large and strong dogs, fomented in part by Essig's prodigious marketing skills (he gave dogs to the rich and famous).

Traditionally, Leonbergers were kept as farm dogs and were much praised for their abilities in watch and draft work. They were frequently seen pulling carts around the villages of Bavaria and surrounding districts.  Around the beginning of the 20th century, Leonbergers were imported by the government of Canada for use as water rescue/lifesaving dogs. The breed continues in that role today, along with the Newfoundland, Labrador Retriever, and Golden Retriever dogs; they are used at the Italian School of Canine Lifeguard. They have been used successfully as flock guard dogs. The Leonberger received American Kennel Club recognition as a member of the Working Group on January 1, 2010, alongside the Icelandic Sheepdog and the Cane Corso. It was the 167th breed to be recognized by the AKC.

Don’t let his size and lion-like looks fool you; the Leonberger is a big bundle of love. Bred as farm dogs and family companions, Leonbergers are eager to please and, with their love of children, are wonderful family dogs. Because they respond so well to training, they also make excellent therapy dogs. Leonberger puppies grow up to be surprisingly graceful adult dogs, who will appreciate moderate exercise and some regular training. They are shedders, so you’ll want to brush that double coat regularly.

As with all canines, proper exercise and nutrition, routine vet exams, and parasite prevention are keys to a happy and healthy life. Large dogs such as Leos can experience bloat, where the stomach twists and gas is trapped inside. Bloat can quickly be fatal, and it is important to know its signs, such as drooling, restlessness, enlarged abdomen, and attempts to vomit. Owners of at-risk dogs can consider the preventative measure of having their dog’s stomach surgically tacked to the abdominal wall.

First and foremost a family dog, the Leonberger's temperament is one of its most important and distinguishing characteristics. Well socialized and trained, the Leonberger is self-assured, insensitive to noise, submissive to family members, friendly toward children, well composed with passersby, and self-disciplined when obliging its family or property with protection. Robust, loyal, intelligent, playful, and kindly, they can thus be taken anywhere without difficulty and adjust easily to a variety of circumstances, including the introduction of other dogs. Proper control and early socialization and training are essential, as this is a giant breed.

This breed does not need a lot of exercise, however, it does need to be taken on a daily walk. They love to be included in all family outings and are very adaptable to most any environment. They LOVE to swim, hike and be trained to pull carts and sleds. If you plan to have your Leo pull carts or hike, one has to wait until the dog is grown. It is not recommended before the dog is about 18 months old.

Leonbergers are very large and strong. In addition, puppies and adolescents have loads of energy and are extremely enthusiastic. With these facts in mind, proper training of the breed is essential. Leo puppies should be socialized by being gently exposed to a wide range of people, animals, and settings before the age of 20 weeks. Group obedience classes will help a Leo learn to be a well-mannered companion and canine citizen. A Leo is probably stronger than and may even outweigh his owner, and it is imperative that he learns to do what you want him to do.

A huge and powerful dog, yes, but the Leonberger is also known for his aristocratic grace and elegance. A male can stand over 31 inches at the shoulder and weigh as much as a full-grown human. Females run smaller but are still a whole lot of dog. Breed hallmarks include a medium-long waterproof coat, lush triangular ears, a bushy tail, and a black facemask that frames kindly dark-brown eyes. A dramatic feature of the male’s coat is the lion-like mane around the neck and chest. A well-built Leo moves with an easy, elastic gait. A Leo is friendly but nobody’s fool. As watchdogs and all-around workers, they exhibit intelligence and sound judgment. Leos require lots of brushing, ample room for romping, and unlimited love.

Leonbergers shed a lot—and twice a year, they shed even more. A Leo should be brushed every day, especially in the areas of his body that tend to mat: the long hair behind the ears and on the backs of the legs. A more thorough grooming should be done once a week—and given the breed’s size, this will take a fair amount of time. Leos have a thick, full outer coat and a shorter, fluffier undercoat. A metal comb and an undercoat rake can be used to work out the undercoat, and a pin brush and a slicker brush will neaten up the outer coat. In addition, a Leo’s nailsshould be trimmed every other week.