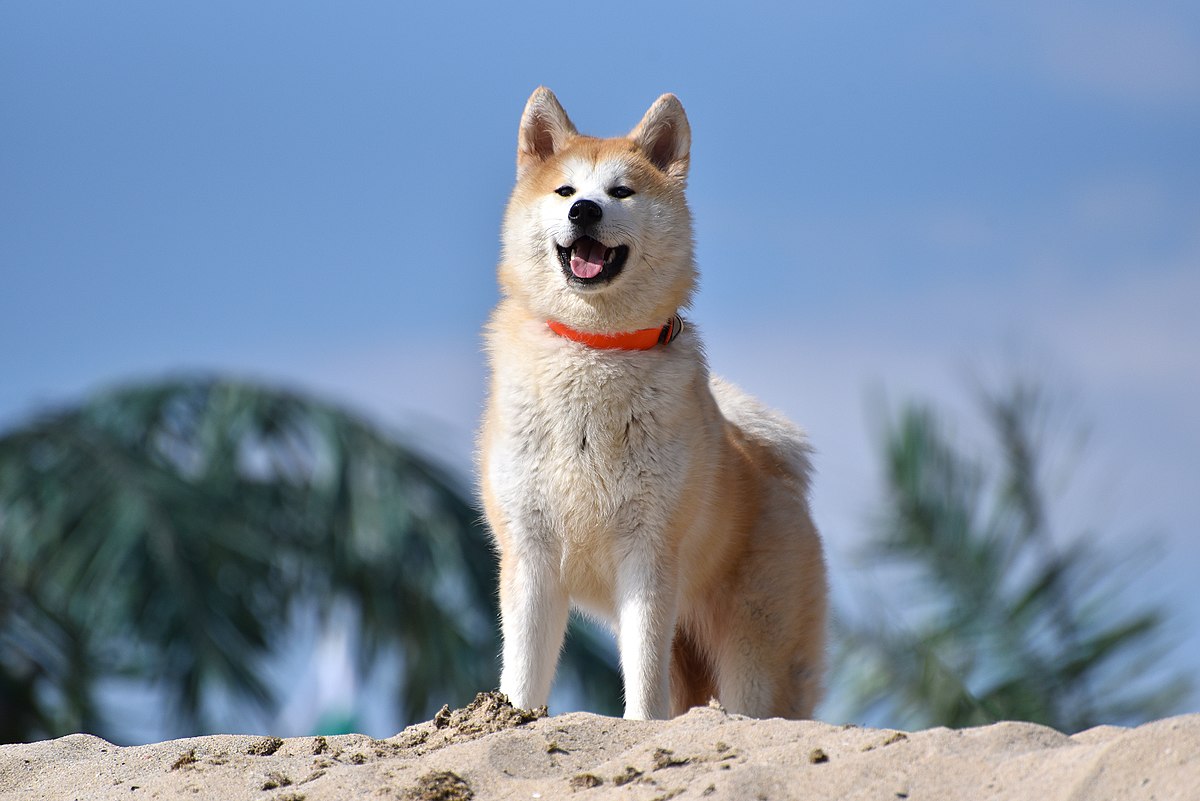 Japanese history, both verbal and written, describe the ancestors of the Akita, the Matagi dog （Japanese:マタギ犬）(hunting dog, Bear hunting dog, Deer hunting dog), as one of the oldest of the native dogs. Today's Akita developed primarily from dogs in the northernmost region of the island of Honshū in the Akita prefecture, thus providing the breed's name. The Matagi's quarry included wild boar, Sika deer, and Asian black bear.[citation needed] This precursor dog tracked large game, holding it at bay until hunters arrived to make the kill. The breed is also influenced by crosses with larger breeds from Asia and Europe, including English Mastiffs,[citation needed] Great Danes, St. Bernards, and the Tosa Inu, in the desire to develop a fighting dog for the burgeoning dog fighting industry in Odate in the early 20th century. During World War II the Akita was also crossed with German Shepherd Dogs in an attempt to save them from the wartime government order for all non-military dogs to be culled. The ancestors of the American Akita were originally a variety of the Japanese Akita, a form that was not desired in Japan due to the markings, and which is not eligible for show competition.

In 1931, the Akita was officially declared a Japanese Natural Monument. The Mayor of Odate City in Akita Prefecture organized the Akita Inu Hozonkai to preserve the original Akita as a Japanese natural treasure through careful breeding. In 1934 the first Japanese breed standard for the Akita Inu was listed, following the breed's declaration as a natural monument of Japan. In 1967, commemorating the 50th anniversary of the founding of the Akita Dog Preservation Society, the Akita Dog Museum was built to house information, documents and photos. There is a tradition in Japan, that when a child is born they receive a statue of an Akita. This statue symbolizes health, happiness, and a long life.

In 1937, Helen Keller travelled to Japan. She expressed a keen interest in the breed and was presented with the first two Akitas to enter the US. The first dog, presented to her by Mr. Ogasawara and named Kamikaze-go, died at 7 1/2 months of age from distemper, one month after her return to the States. A second Akita was arranged to be sent to Miss Keller: Kamikaze's litter brother, Kenzan-go. Kenzan-go died in the mid-1940s. By 1939 a breed standard had been established and dog shows had been held, but such activities stopped after World War II began.

Recognized by the American Kennel Club in 1955, it was placed in the Miscellaneous class.[citation needed] It was not until the end of 1972 that the AKC approved the Akita standard and it was moved to the Working dog class, as such, the Akita is a rather new breed in the United States. Foundation stock in America continued to be imported from Japan until 1974 when the AKC cut off registration to any further Japanese imports until 1992 when it recognized the Japan Kennel Club.[citation needed] The decision by the AKC to disallow the registration of any further imported dogs in 1974, set the stage for the divergence in type between the American Akita and Japanese Akita Inu that is present today.

Elsewhere in the world, the American Akita was first introduced to the UK in 1937, he was a Canadian import, owned by a Mrs. Jenson, however the breed was not widely known until the early 1980s. The breed was introduced in Australia in 1982 with an American Import and to New Zealand in 1986 with an import from the U.K.

The Akita dog breed was originally bred to guard Japanese royalty. Strong and imposing figures, their appearance alone can act as a deterrent to people with ill intent. Affectionate and loving with their families, Akitas can be a rewarding companion, but they have a strong will and a complex personality that can make them a challenge to train. While they do not bark much and are a clean housemate, they can be dominant and strong willed. Akita Inus are not ideal pets for the first-time dog owner.

Akitas do not require the same level of physical activity as other breeds of comparable size. Several brisk walks a day will suffice, and they should be allowed to run a few times a week. Because of their aggressive tendencies toward other dogs, dog parks are not the best place to exercise an Akita. A fenced-in, private yard is the ideal space for him to run. Despite the fact that they don't need too much running time, apartments are not the best home for Akitas. They are large and require space, and can feel confined in tight areas. Akitas are among the “banned” breeds that many insurance companies may not cover. Home owners should check their policies and consult with neighborhood associations before adopting an Akita.

Akitas are a challenge to train, as they are strong-willed and dominant. They are not for the timid or inconsistent leader. Strength and confidence are the key to working with this breed, as they can sense a pushover from a mile away. They will make their trainer prove themselves as the leader before accepting commands. Originally bred as protectors, Akitas are instinctively wary of strangers. Early socialization is a must, so that the Akita can learn what is “normal” behavior from a stranger and what is “abnormal” behavior. They must know the difference between a friendly visitor and an unwelcome stranger, or they will generalize all strangers as bad.

Aggression toward other animals is the biggest issue with an Akita. They do not give any signs of distress before they attack, so they may be playing well one minute, but then seemingly turn on a dime if pushed too far. Akitas should be the only pet in the house to prevent aggressive and potentially violent attacks. Food aggression is also common among Akitas. Children should be taught never, ever to approach an Akita while eating or chewing a bone. Akitas do not bark. They are known in the dog world as the “strong, silent type.” Those who appreciate a quiet dog will appreciate the Akita.

Akitas don't require fancy grooming. Baths should be given once every two or three months (more often if the dog likes to romp in the mud), and nails should be trimmed once per month. Akitas shed 365 days a year, and two or three times a year they will fully shed their coats. Daily or weekly brushing can reduce the amount of fur that is blown around the house, and will keep the coat soft and manageable. Akitas are notorious for resisting grooming, so puppies should be brushed from a young age, and feet should be handled so they are open to nail trimmings.