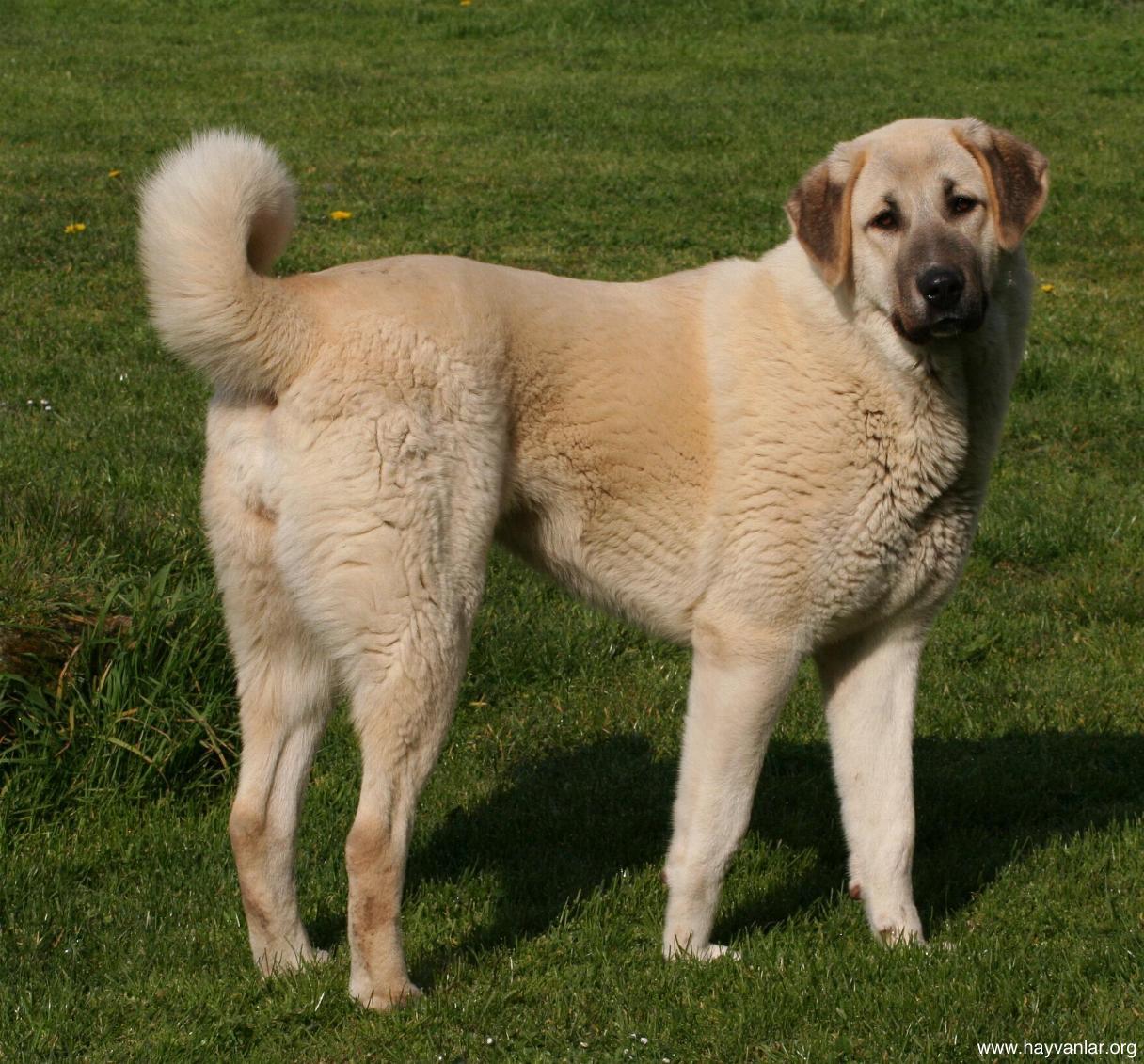 The Karabaş (Blackhead) is descended from ancient livestock guardian dog types that migrated with the transhumance, guarding flocks of sheep from wolves, bears, lions, tigers, leopards, jackals, and even cheetahs. It is probable that dogs of this type existed 6,000 years ago in what is now Turkey. Anatolian Shepherd Dogs are members of a very old breed, probably descended from powerful hunting dogs from Mesopotamia. This mountain dog breed was developed over time to meet a specific set of circumstances. The most formative were climate (very hot, dry summers and very cold winters), lifestyle (sedentary, semi-nomadic and nomadic) and duties (guarding flocks moving great distances on the Central Anatolian Plateau). In the 1970s, breeders in the West became interested in these dogs and began developing the landrace natural breeds as modern breeds by documenting their descent from particular ancestors and writing breed standards. The Anatolian Shepherd Dog was imported from central Turkey into the United Kingdom by author and archaeologist Charmian Hussey. Although the first pair of dogs brought in by Roger Fanti Sr. were Karabakh (aka Kangal) dogs, other types of dogs were brought in later and cross bred under the definition of an Anatolian Shepherd dog. Many Turkish breeders believe that the Anatolian Shepherd Dog is a cross of the Kangal dog and the Akbash dog.

Large, rugged, powerful and impressive, possessing great endurance and agility. Developed through a set of very demanding circumstances for a purely utilitarian purpose; he is a working guard dog without equal, with a unique ability to protect livestock. General impression - Appears bold, but calm, unless challenged. He possesses size, good bone, a well-muscled torso with a strong head. Reserve out of its territory is acceptable. Fluid movement and even temperament is desirable.

Based on a small sample of 24 still-living dogs, the most common health issues cited by owners were dermatologic, musculoskeletal, and lipomas. Entropion and canine hip dysplasia are sometimes seen in the breed. Eyes and hips should be tested before breeding. Pups and grown dogs love to chew. They have strong jaws and you must be sure to only give them appropriate items to chew. The Anatolian Shepherd Dog Club of America (ASDCA) has a “Health Handbook” available which gives you information with regards to health issues for the ASD. An ethical breeder will screen his breeding stock for specific diseases, such as hip dysplasia, and freely furnish information regarding the health status of the parents of the puppies.Anatolian Shepherd Dogs may be affected by bloat, a digestive disorder of the stomach. Make sure to learn about this potentially fatal condition by educating yourself on the symptoms of bloat. Call your veterinarian immediately if you see any symptoms. Care must be taken with anesthesia since some dogs are sensitive to it.

Anatolian Shepherds are truly a working breed. Designed to be protectors of livestock, these dogs take work very seriously. Excellent watchdogs with a loud, deep bark; neither fox nor burglar will get past an Anatolian Shepherd. They are independent and stubborn, but devoted to their family and are an ideal working dog for farmers. This is not a family dog, but a working dog, and potential owners should do as much research as possible before committing to an Anatolian Shepherd.

This large breed should not live in an apartment. Though Anatolian Shepherds need less exercise than other breeds of comparable size, they still need plenty of walks and daily time to run. Organized games of catch or fetch don't interest this breed. If they don't have livestock to work with, their desire to work can be satisfied by pulling a sled or cart, or engaging in tracking activities. Farms are the ideal living space, as they have an inborn desire to work and protect flocks, and benefit from the open space to run. Families with small children should think twice about adopting an Anatolian. While they will bond well with members of their own family, they often don't react well to children they do not know.

Anatolian Shepherds are easily trained by a confident leader, but are not for first-time dog owners. They are stubborn, dominant dogs, and a strong and consistent hand is necessary to establish leadership. This breed will take over the house if given even a little leeway. Their innate desire to protect can not be “trained” out of them, but their behavior can be kept within limits. While you may not be able to keep an Anatolian from barking to alert a stranger's presence, he can be taught when to stop barking.

The Anatolian was bred to be a livestock protector and he will grow to become fiercely protective of his flock, including family members. Wary of strangers, an Anatolian can quickly develop aggression if not kept in check. Early socialization to new people and experiences, as well as firm leadership can keep aggression from developing. Anatolian Shepherds determine on their own who is a “safe” visitor and who is not. New visitors to the home should never try to pet an Anatolian without a proper introduction, and though Anatolians bond well with children in their own family, other children can be perceived as a threat. Additionally, as flock protectors, they instinctively drive away all animals that aren't part of his flock. Should a neighbor's dog wander into his territory, an Anatolian can cause serious injury, or even death. Anatolian Shepherds have a reputation for barking at night. When they hear sounds in the distance, they are often set off, and their booming bark can wake up a neighborhood. If not simulated enough mentally, Anatolian Shepherds can become destructive when bored. A large dog with a strong jaw, they can easily rip through drywall or destroy furniture. Commitment to an Anatolian's need to work is impartive when adopting this breed.

Anatolians are naturally clean animals and are very low maintenance in the grooming department. Their short coats shed throughout the year, but regular brushing can keep things from getting out of hand. They are not prone to “dog odor,” so unless the dog takes a romp in the mud, baths are only required a few times per year. Anatolians' ears hang, which can make them prone to infection. Weekly cleanings with cotton balls and a veterinarian-approved solution will kelp keep harmful bacteria at bay.