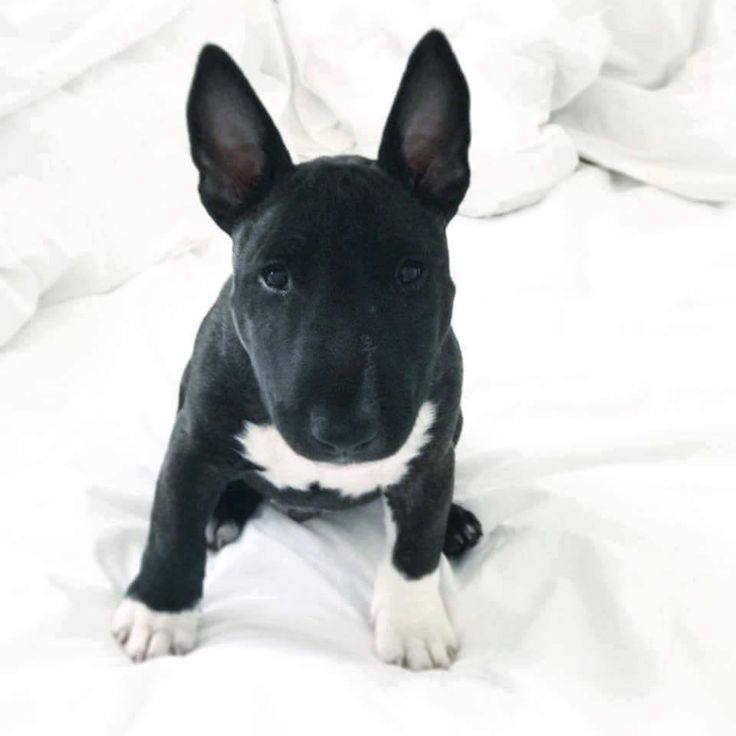 At the start of the 19th century the "Bull and Terrier" breeds were developed to satisfy the needs for vermin control and animal-based blood sports. The Bull and Terriers were based on the Old English Bulldog (now extinct) and Old English Terriers with possible other terriers. This new breed combined the speed and dexterity of lightly built terriers with the dour tenacity of the Bulldog, which was a poor performer in most combat situations, having been bred almost exclusively for fighting bulls and bears tied to a post. Many breeders began to breed bulldogs with terriers, arguing that such a mixture enhances the quality of fighting. Despite the fact that a cross between a bulldog and a terrier was of high value, very little or nothing was done to preserve the breed in its original form. Due to the lack of breed standards—breeding was for performance, not appearance—the "Bull and Terrier" eventually divided into the ancestors of "Bull Terriers" and "Staffordshire Bull Terriers", both smaller and easier to handle than the progenitor.

In the mid-19th century James Hinks started breeding Bull and Terriers with "English White Terriers" (now extinct), looking for a cleaner appearance with better legs and nicer head. In 1862, Hinks entered a dam called "Puss" sired by his white Bulldog called "Madman" into the Bull Terrier Class at the dog show held at the Cremorne Gardens in Chelsea. Originally known as the "Hinks Breed" and "The White Cavalier", these dogs did not yet have the now-familiar "egg face", but kept the stop in the skull profile. The dog was immediately popular and breeding continued, using Dalmatian, Spanish Pointer, and Whippet to increase elegance and agility; and Borzoi and Rough Collie to reduce the stop. Hinks wanted his dogs white, and bred specifically for this. The first modern Bull Terrier is now recognised as "Lord Gladiator", from 1917, being the first dog with no stop at all.

Due to medical problems associated with all-white breeding, Ted Lyon among others began introducing colour, using Staffordshire Bull Terriers in the early 20th century. Coloured Bull Terriers were recognised as a separate variety (at least by the AKC) in 1936. Brindle is the preferred colour, but other colours are welcome.

Along with conformation, specific behaviour traits were sought. The epithet "White cavalier", harking back to an age of chivalry, was bestowed on a breed which while never seeking to start a fight was well able to finish one, while socialising well with its "pack", including children and pups. Hinks himself had always aimed at a "gentleman's companion" dog rather than a pit-fighter—though Bullies were often entered in the pits, with some success.

The Bull Terrier must be strongly built, muscular, symmetrical and active, with a keen determined and intelligent expression, full of fire but of sweet disposition and amenable to discipline.

All puppies should be checked for deafness, which occurs in 20.4% of pure white Bull Terriers and 1.3% of colored Bull Terriers and is difficult to notice, especially in a relatively young puppy. Many Bull Terriers have a tendency to develop skin allergies. Insect bites, such as those from fleas, and sometimes mosquitoes and mites, can produce a generalised allergic response of hives, rash, and itching. This problem can be stopped by keeping the dog free of contact from these insects, but this is definitely a consideration in climates or circumstances where exposure to these insects is inevitable. A UK breed survey puts their median lifespan at 10 years and their mean at 9 years (1 s.f., RSE = 13.87% 2 d. p.), with a good number of dogs living to 10–15 years.

Once upon a time Bull Terriers were bred to fight. Crossing a terrier and a bulldog produced a breed with fearlessness, tenacity and strength that made them natural gladiators. The fighting branches of the Bull Terrier's family tree have since withered away, and the modern breed is a loving, loyal, clown of a dog who makes an excellent family companion for those with active lifestyles. They love being with people and want to be included in all family activities whether it's a ride in the car, a neighborhood stroll or a romp in the park.

Bullies need a lot of vigorous exercise. Though short and stocky, they are a hardy breed and are happiest when they are active. Long walks, short runs, or playing long games of ball in the back yard will meet their daily activity requirements. If a Bull Terrier is not getting enough exercise, they are sure to let you know. They are notoriously destructive, making easy work of flower beds or expensive furniture, and some develop the neurotic behavior of obsessively chasing their own tail. Apartments or condos may not be the best homes for this breed, as they are rowdy and rambunctious and have been lovingly referred to as the proverbial “bull in a China shop.”

Bullies are intelligent and have a mind of their own. Training should be started early and always done in calm-assertive manner, as they won't respond to discipline or harsh tones. Training is best done in short sessions due to Bull Terriers' short attention span and they will quickly become uninterested, even if treats are used as a reward. Lots of patience is necessary when working with a Bull Terrier, as training can be a long process. Even after a Bull Terrier is fully trained, they may decide to test their boundaries as they get older and project dominance. These situations should be handled with calm assertion; like a teenager, they just want to see what they can get away with. Families with children should socialize puppies early on to accept outside children as welcome guests. While Bull Terriers will bond nicely with kids in their own family, they can sometimes be aggressive to to other children and should be taught early on that all kids are to be welcomed with open arms.

Separation Anxiety develops often in Bull Terriers. It is important that this breed get enough exercise throughout the day and have enough activities to keep them busy when left alone, or they will become destructive. Some Bullies need to be crated well into adulthood to keep them (and the house furniture) safe when left alone. Bull Terriers are possessive of their people and their territory and can be aggressive to other animals. They are usually fine with dogs of the opposite sex, but cats and same-sex dogs should not be introduced into a Bull Terrier's home. They can also be food aggressive. Children should be taught not to approach a Bull Terrier during mealtime. Bull Terriers love to play, and kids can have a blast with them for hours on end. Small children should always be supervised, though, because this breed can be very rambunctious and can accidentally cause an injury. They also have short fuses. When a Bull Terrier is teased or pushed too hard to do something he doesn't want to do, he will snap or bite. Kids should understand never to tease a dog, and not to push a dog beyond his limits.

Bull Terriers are very easy to groom. They only require weekly brushing in order to keep their coat looking shiny and to keep loose hair under control. They do shed heavily in the spring and fall, and brushing will need to occur daily. Bullies don't require frequent baths, and many owners use a dry shampoo or damp cloth to keep the dog looking and smelling fresh in between baths. As with all dogs, the Bull Terriers ears should be checked weekly for signs of redness and infection. Weekly cleaning with a veterinarian-approved cleanser can keep harmful bacteria from building up. Weekly tooth brushing will keep the teeth and gums healthy and prevent bad breath. Nail clipping may be required if the dog does not wear his nails down naturally.